LOCK HAVEN – Therecord-online will present a virtual Town Hall at 7 p.m. Friday. Answering questions will be the three candidates for the Republican nomination for state Senate from the 25th senatorial district.

Cris Dush from Jefferson County, Jim Brown from Jefferson County and Herm Suplizio from Clearfield County are seeking the GOP nomination in the June 2 primary. The senate seat will become vacant at the end of this year with the retirement of incumbent Sen. Joe Scarnati of Brockway. The GOP winner will oppose Margie Brown of Elk County who is unopposed for the Democratic nomination.

Counties in the 25th district include: Clinton, Cameron, Jefferson, McKean, Potter, Tioga and part of Clearfield.

Brown is a retired educator and a school board member in Brockway. Dush, from Brookville, is a state representative from the 66th district. Suplizio is presently the DuBois City Manager. 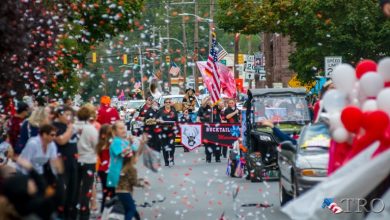